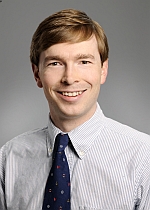 The article, “Similar Survival for Patients Undergoing Reduced-Intensity TBI versus Myeloablative TBI as Conditioning for Allogeneic Transplant in Acute Leukemia,” appears in the current issue of the International Journal of Radiation Oncology, Biology, Physics.

Total body irradiation (TBI) is an important part of the conditioning regimen required for patients undergoing HSCT, but reduced intensity TBI (riTBI) is often used for patients who can’t tolerate the myeloablative TBI (mTBI). Using a database of HSCT patients treated at Winship and Emory, the team performed a retrospective review of all patients with acute leukemia who underwent TBI-based conditioning from June 1985 to July 2012.

They conclude that there were no differences in overall survival or in relapse-free survival in patients undergoing riTBI and those undergoing mTBI, yet the riTBI regimens were associated with shorter hospital stays, fewer intensive care unit admissions, and similar rates of non-relapse survival. According to the article, the team’s findings provide a strong basis for looking at the use of riTBI for younger, more fit patients.

Mikell was joined in the research by members of Winship’s bone marrow transplant team. The article appears in the June 1, 2014 issue of International Journal of Radiation Oncology, Biology, Physics and is available on-line.