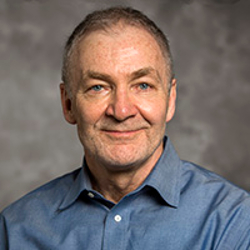 Walter J. Curran, Jr., MD, executive director of the Winship Cancer Institute of Emory University, is listed as 19th among more than 35,000 researchers nation-wide in a ranking of principal investigator recipients of National Institutes of Health research dollars in 2013, according to the Blue Ridge Institute for Medical Research (BRIMR).

The BRIMR list shows that Curran was listed as 22nd in 2012, and in 2013 his research funding totaled $17,015,401, making him the top-ranked NIH-funded researcher in Georgia and first among cancer center directors throughout the country.

"NIH funding enables cancer research at Winship and elsewhere to be successfully conceived and conducted," said Curran. "This support is fundamental to the advances which are improving all outcome measures of Georgians afflicted by cancer."

Curran is both a researcher and a practicing radiation oncologist and serves as group chairman and principal investigator of the Radiation Oncology Group (RTOG), a National Cancer Institute-funded cooperative group. He is the Lawrence W. Davis Professor and Chairman of the Emory Department of Radiation Oncology, and was recently elected to serve on the board of directors of the American Society of Clinical Oncology (ASCO), the world’s leading professional organization representing physicians who care for cancer patients, and was named a Georgia Research Alliance Eminent Scholar and Chair in Cancer Research in 2013.

The BRIMR ranked the Emory School of Medicine 16th in the country for NIH grant funding, and Atlanta as 18th among municipalities in funding to institutions in the city, including Emory. BRIMR is a non-profit entity that tracks NIH funding in order to educate the public about how NIH funding is distributed. For more information: http://brimr.org/.