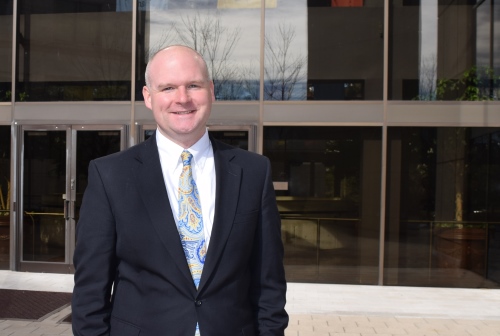 David Edwards, MBA has been named the new senior director of development for Winship Cancer Institute of Emory University. In this role, Edwards will lead a team that was responsible for raising more than $13 million in private donations in fiscal year 2015.

Edwards joins Winship from the Perelman School of Medicine at the University of Pennsylvania in Philadelphia where he served as director of major gifts. During his nearly five-year tenure, he participated in the successful launch and completion of a $4.2 billion campaign. He previously worked as assistant director of major gifts at Fox Chase Cancer Center also in Philadelphia where he helped with the completion of a $100 million campaign.

In addition to leading Winship's fundraising efforts, he will be working closely with Winship faculty and leadership, the Winship Advisory Board, Friends of Winship, and the Woodruff Health Sciences Center development team.

In 2013, Edwards launched Rescufy LLC, a start-up affiliated with the University of Pennsylvania to bring emergency assistance to sufferers of severe allergies. The company was started after Edwards developed and presented a winning business concept through a university competition.

Edwards received his bachelor and master in business administration degrees from Baylor University in Waco, Texas.