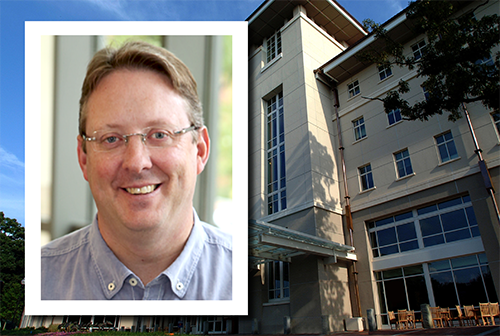 Bradley comes to Winship from Washington University School of Medicine in St. Louis where he was the S. Lee Kling Endowed Professor of Radiation Oncology, clinical director of the Kling Proton Center, and chief of the Radiation Oncology Thoracic Cancer Service.

"Jeff successfully led the development of the first single room proton center in the world at Barnes Jewish in St Louis," says Walter J. Curran, Jr., MD, Winship's executive director and chair of the Department of Radiation Oncology. "He has served as NRG Oncology's Lung Cancer Committee Chairman since 2010 and has led an extraordinary portfolio of transformational clinical trials for lung cancer patients."

A graduate of the University of Arkansas for Medical Sciences, Bradley completed his residency at the University of Chicago Medical Center. He joined the faculty at Washington University School of Medicine in 1998. In addition to thoracic malignancies, he also focuses on stereotactic body radiation therapy and proton beam therapy. He will continue in his role as Lung Cancer Committee Chairman within NRG Oncology, the largest of the four adult National Clinical Trials Network Groups supported by the National Cancer Institute.

Bradley has been nominated to hold the James Keller Chair in Radiation Oncology at Emory.