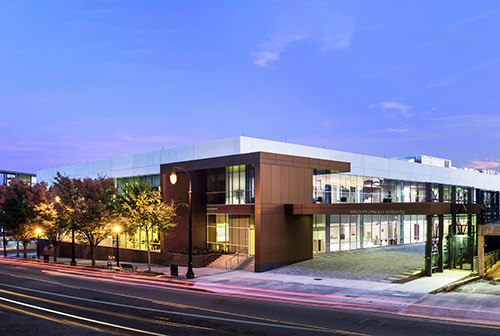 The Emory Proton Therapy Center, the first center of its kind in Georgia, opened its doors in December 2018.

This December, Winship Cancer Institute and the Emory Department of Radiation Oncology celebrate the one-year anniversary of the Emory Proton Therapy Center. Over the course of the past year, hundreds of Winship patients have benefited from this powerful and precise form of radiation therapy.

Since it opened in 2018, the Emory Proton Therapy Center has completed over 450 patient consults and is on track to treat nearly 400 patients by the end of 2019. The center now has 13 physicians and an experienced team of radiation therapists, physicists, and dosimetrists dedicated to the delivery of high quality, patient-centric care. In addition, new faculty complete an inclusive training at one of two partner institutions and perform on-site treatment planning credentialing with the proton physics and dosimetry team.

By the end of January 2018, the second of five treatment rooms had been fully commissioned and Emory Department of Radiation Oncology faculty had consulted with over 100 potential patients. Medical physicists in the department continued to commission and open the remaining treatment rooms with the fifth and last room set to open in early 2020.

The Emory Proton Therapy Center reached another milestone in July when more than 100 patients completed treatment at the center. Winship honored Stephen Brinkman, who traveled from Columbus, Georgia to the proton center for six weeks, as one of those initial 100 patients. Like Brinkman, approximately 25% of patients currently being treated at the center are from outside of the greater Atlanta area and about 14% are from out of state.

New resources like a dedicated MRI for radiation treatment planning and diagnostic imaging, point-of-care laboratory services, intravenous hydration, and the recruitment of a child specialist and patient experience manager, have enhanced the quality of clinical care provided by the center. The majority of cases treated at the center are head and neck and prostate cancers, followed by pediatric and CNS cancers. A total of 50 pediatric patients have completed treatment to date.

The center also currently has five open clinical trials, both national and international, that give patients access to more treatment options.

The center's long-term goals include making significant contributions to advancing the quality of proton therapy clinical care, participating in groundbreaking research in proton technology and biology, and being a valuable component of Winship's educational mission.