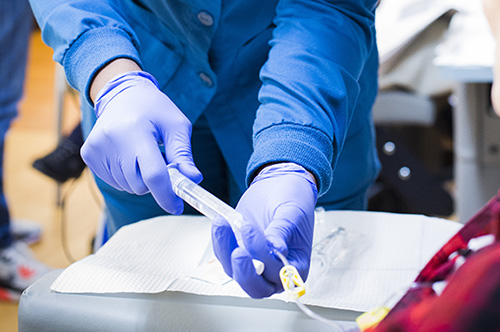 Winship Cancer Institute has been selected once again as a Lead Academic Participating Site (LAPS) for the National Cancer Institute's (NCI) National Clinical Trials Network (NCTN). Launched in 2014, the NCTN selected Winship as one of the original 30 cancer centers in the United States during a peer-review application process. Over the past five years, more than 800 adult and pediatric patients at Winship have participated in NCTN clinical trials.

"We are thrilled that the NCI has once again recognized Winship's national leadership role and outstanding record in contributing to the NCTN," says Walter J. Curran, Jr., MD, executive director of Winship. Curran is a group chair and principal investigator of NRG Oncology, one of the four adult research network groups that make up the NCTN.

The NCTN serves as the NCI's primary infrastructure to conduct phase II and III cancer clinical trials. Winship is the only LAPS site in the state of Georgia.

Suresh S. Ramalingam, MD, Charles A. Staley, MD, and Jonathan J. Beitler, MD, MBA, serve as principal investigators of this award, which totals over $4.3 million over six years. They use the grant to support Winship investigators and staff to participate in and contribute to the design and conduct of NCTN trials.

"Over the past five years, Winship cancer patients have had access to innovative NCTN clinical trials," says Ramalingam, Winship's deputy director. "We appreciate all of the investigators who made this renewal possible through their exciting and exceptional contributions."