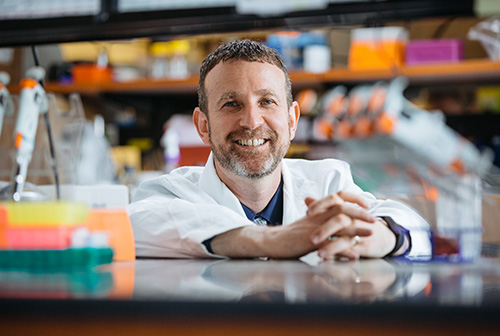 "We are very fortunate that Dr. Curran will support Dr. Marcus from now until his departure in late January," says Jonathan S. Lewin, MD, FACR, executive vice president for health affairs at Emory University and CEO and chair of the board for Emory Healthcare. "They will work together over the next five weeks to ensure a smooth transition in Winship leadership in its research, educational, and clinical missions."

An advisory committee, with representation from across the Woodruff Health Sciences Center including Winship leaders, has been launched to oversee the executive director search. Curran, who is also the Lawrence W. Davis Professor and chair of the Department of Radiation Oncology, announced in October that he would be stepping down from his Emory leadership roles to serve as the global chief medical officer of GenesisCare, an international health care provider. He was the first and only radiation oncologist to direct an NCI-designated cancer center.

Marcus, a member of Winship's executive leadership team and a fellow of the Woodruff Leadership Academy, serves as the associate director for basic research and shared resources at Winship. He is a professor of hematology and medical oncology and holds the Winship 5K Professorship. Marcus is also the scientific director of the Emory Integrated Cellular Imaging Core, one of the Emory Integrated Core Facilities.

As interim executive director, Marcus will lead a strong team of Winship senior leaders to advance Winship's mission to lessen the burden of cancer for the citizens of Georgia through aligning outstanding cancer research and education with its significant cancer prevention and care efforts.

"It is an honor to serve as interim executive director and support Winship's exceptional teams as we continue to drive innovative research, clinical care, and education," says Marcus. "Winship has experienced remarkable achievements under Dr. Curran's leadership, and I am excited to lead the center during this next phase of growth."

Marcus' research focuses on cancer metastasis, drug development, and image-guided genomics, and he has been continuously funded by the National Institutes of Health (NIH) since joining the Emory faculty in 2006. He is a principal investigator (PI) of five active NIH grants, including a multi-PI R25 Science Education Partnership Award that supports Citizen Science HD. Marcus co-leads Citizen Science HD, an outreach program that provides opportunities for underrepresented learners in STEM.

Marcus received his PhD in biology from Penn State University and completed a postdoctoral fellowship in cancer pharmacology at Emory University.