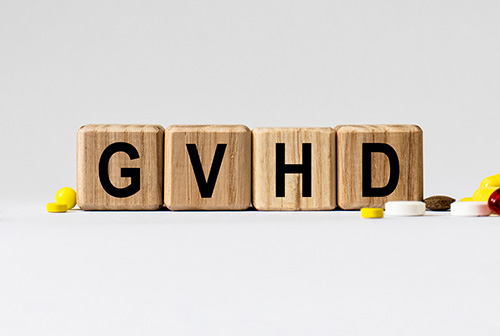 The FDA on December 15 approved the first-ever drug to be used for the prevention of aGVHD in adult and pediatric patients.

The Food and Drug Administration on December 15 approved the first-ever drug to be used for the prevention of acute graft versus host disease (aGVHD) in adult and pediatric patients, opening the door for safer bone marrow and blood stem cell transplants in patients who do not have a perfectly matched graft donor.

The FDA approved the use of Orencia (abatacept) — a drug already approved for the treatment of rheumatoid arthritis—combined with a calcineurin inhibitor (CNI) and methotrexate (MTX), based on data from a multicenter study in which several investigators from Winship played leading roles.

"This is a game changer for our patients," said one of the study's senior investigators, Amelia Langston, MD, "particularly for our African American and mixed-heritage patients who often cannot find a perfectly matched donor because they are underrepresented in the donor registry." Langston is a professor and vice-chair of the Department of Hematology and Medical Oncology at Emory University School of Medicine and director of the Bone Marrow and Stem Cell Transplant Program at Winship.

"We are proud that the preclinical work and the initial human pilot trial conducted at Winship formed the basis for the development of abatacept in this setting and eventual FDA approval for this indication," said Suresh S. Ramalingam, MD, Winship's executive director and the Roberto C. Goizueta Chair for Cancer Research, Emory University School of Medicine. "The strong collaboration between pediatric and adult oncologists at Winship was foundational to this success. Our commitment to improving the lives of cancer patients by conducting innovative, team-based research is exemplified by this accomplishment."

Acute GVHD occurs when a donor's immune cells attack the tissues of the host. It can occur in up to 50% of patients who received a stem cell transplant from a matched sibling. It occurs even more often when the donor is unmatched. Acute GVHD can be fatal after stem cell transplantation when the donor's immune cells (the graft) see the recipient's body (the host) as foreign, and the donated cells attack the body.

"Acute graft versus host disease can affect different parts of the body and become a serious post-transplant complication," said Richard Pazdur, MD, director of the FDA's Oncology Center of Excellence and acting director of the Office of Oncologic Diseases in the FDA's Center for Drug Evaluation and Research. "By potentially preventing the disease, more patients may successfully undergo bone marrow or stem cell transplantation with fewer complications."

The study that led to approval of Orencia for GVHD prevention included a double-blind, placebo-controlled trial of 186 patients who underwent stem cell transplantation from an HLA-matched unrelated donor and were randomly assigned to Orencia or a placebo in combination with standard immunosuppressive drugs. Patients assigned to Orencia had a lower rate of severe (grade III-IV) acute GVHD (6.8% for Orencia vs 14.8% for placebo), and this translated into an improvement in both overall and severe acute GVHD-free survival for patients receiving Orencia.

In a separate arm of the study, patients undergoing transplantation from a partially mismatched unrelated donor were all assigned to receive Orencia in addition to standard immunosuppressive drugs, and their results were compared with historical controls from the Center for International Bone Marrow Transplant Registry who received standard immunosuppressants. In this mismatched group, only 2.3% of patients receiving Orencia developed severe acute GVHD, compared with 30.2% of historical control patients.

There was a dramatic effect of Orencia on survival without severe GVHD at 6 months (97.7% versus 58.7%), as well as two year overall survival (73.6% versus 45.3%). Taken together, these results support the usefulness of Orencia in preventing severe acute GVHD and death in the unrelated donor transplant setting, particularly when the donor is partially HLA-mismatched.