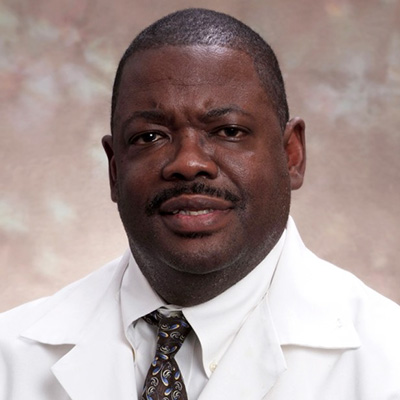 In 1987 he came back to Emory to join a small group of medical and surgical oncologists that formed what is now known as the Winship Cancer Institute. Additionally, he was tasked with developing radiation oncology services at Grady Memorial hospital and served there as medical director until 2016.

An expert and pioneer in the field of radiation oncology and treatment of gastrointestinal tumors, Landry was the first to use and develop image-guided and advanced therapeutic techniques that now define modern radiation treatments and continue to improve patient outcomes. He published extensively on intensity modulated radiation therapy (IMRT) for gastrointestinal tumors and soft tissue sarcomas, providing on-site IMRT training in more than 40 radiation oncology centers in the US and abroad. His work has been highlighted at numerous medical and academic conferences.

"Dr. Landry's ground-breaking research in developing new techniques in radiation therapy has helped to improve cancer care for patients with cancer in Georgia and beyond," says Jeffrey Bradley, MD, James W. Keller Distinguished Professor in Radiation and interim chair for the Emory Department of Radiation Oncology. "His transformative work established Winship of Emory as a leader in IMRT."

"Landry was a leader in the field of GI oncology and led national clinical trials," says Suresh Ramalingam, MD, executive director of Winship Cancer Institute. "He leaves a long-lasting legacy in the field and at Winship."

During his time at Winship, Landry won numerous awards and was consistently recognized by his peers as one of the best doctors in America by several publications, including Atlanta Magazine.

In remembering Landry, Joseph Shelton, MD, associate professor of radiation oncology and medical director of the Loughlin Radiation Oncology Center at Grady Memorial Hospital, says, "Jerome was a foundational figure in our department, a passionate advocate for patient care at Grady, and beyond his academic accomplishments, he was a genuinely kind person who provided joy to those who knew him. He was a valued mentor and friend to me throughout my career."

After three decades of service, Landry left Emory in 2016 for health-related issues but remained an engaged and valuable resource to those at Emory. In 2018 an endowed professorship was established in his name and is currently held by David S. Yu, MD, PhD, the inaugural Jerome Landry, MD, Chair of Cancer Biology and associate professor of radiation oncology. Yu says of Landry: "He was a force in our department, mentoring and training countless faculty and students."

Landry is survived by his long-time partner, Dwillete Johnson.

In lieu of flowers and to honor Landry's passionate service to this institution, the family requests donations be made to Emory University to support the endowed professorship named in his honor and to host an annual invited lecture at Winship Cancer Institute on topics related to his passions: representation of racial minorities in medicine, oncologic and health care delivery in underserved populations, and evolving paradigms in radiation and cancer care. Contributions can be made to the Winship Cancer Institute of Emory University, Office of Gift Records, Emory University, 1762 Clifton Rd. NE, Suite 1400, Atlanta, GA 30322.