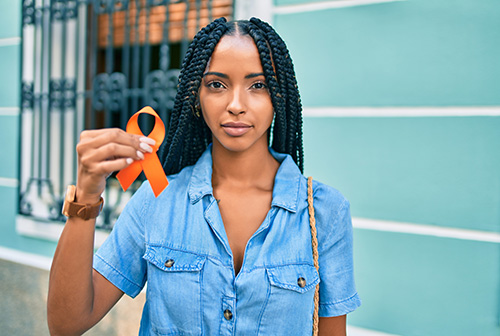 Led by researchers at Winship Cancer Institute of Emory University and the American Cancer Society, the study found in a nationwide sample of 345,413 young adults—particularly people of color—who were newly diagnosed with cancer, Medicaid expansion under the ACA was associated with a significant increase in two-year survival.

Cancer is a leading cause of death in young adults diagnosed between ages 18-39 years—and it is increasing. Approximately 83,700 young adults were newly diagnosed in 2020. Historically, young adults have not experienced the same survival improvements over time as the pediatric and older populations. They also have had worse prognoses than younger or older cohorts for some cancers.

A major contributor to these worse survival outcomes is the lack of health insurance coverage, which is not uncommon in the young adult age group. As of November 2022, 11 states, including Georgia, have not adopted Medicaid expansion under the ACA, and one state (South Dakota) has adopted but not yet implemented the expansion.

“Using nationwide cancer registry data, our study shows a survival benefit of Medicaid expansion under the Affordable Care Act for young adult patients with cancer, particularly among racial and ethnic minority groups and patients at risk for poor prognosis,” says lead author Xu Ji, PhD, MSPH, a researcher at Winship Cancer Institute of Emory University, an assistant professor in the Department of Pediatrics at the Emory University School of Medicine, and a member of the Aflac Cancer and Blood Disorders Center of Children’s Healthcare of Atlanta.

Earlier research of the study team has shown that ACA Medicaid expansion is associated with improved insurance coverage and shifts to early diagnoses in young adults with cancer.

“The current study adds to accumulating evidence of the multiple health benefits of Medicaid expansion, reinforcing the importance of expanding Medicaid in all states,” says senior author Xuesong Han, PhD, scientific director of health services research at the American Cancer Society, a researcher at Winship Cancer Institute of Emory University, and an adjunct professor in the Department of Epidemiology at the Emory University Rollins School of Public Health.

By increasing insurance coverage for low-income young adults, the ACA Medicaid expansion has the potential to improve access to medical care and, ultimately, health outcomes. Yet there has been a dearth of information about young adults’ experience with cancer because they are not included in age-based screening guidelines for most cancers with screening services available. Likewise, there has been a lack of empirical evidence on the actual impact of the ACA expansion on this young patient population—until the present study.

This study’s findings highlight the promising role of expanding insurance coverage and increasing access to early detection, quality cancer treatment, and follow-up care as a means to improve survival and reduce disparities in health outcomes among young adults with cancer.

“The impact of these data is enormous for young adults who often come to diagnosis late due to the lack of cancer screening guidelines in their age group,” says Sharon Castellino, MD, MSc, a researcher at Winship Cancer Institute of Emory University, director of the Leukemia and Lymphoma Program at the Aflac Cancer and Blood Disorders Center of Children’s Healthcare of Atlanta, and a professor of pediatrics at the Emory University School of Medicine. “Access to medical care for early detection and cancer treatment is afforded by Medicaid expansion programs and is critical to our advancement of care in this young population who often fall between the gaps in our health care system.”