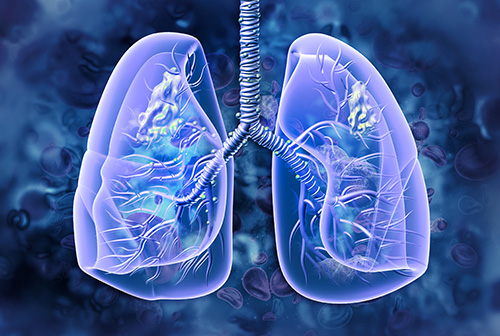 Winship and Children's Healthcare of Atlanta researchers find that the combination therapy of osimertinib and a second drug the group developed is effective in reversing resistance when treating certain non-small cell lung cancers.

A pre-clinical study led by Winship Cancer Institute of Emory University and Children's Healthcare of Atlanta researchers finds that combination therapy of the front-line drug osimertinib (OSI) and a second drug the group developed (MRX-2843) is effective in reversing OSI resistance and superior to using either drug alone when treating non-small cell lung cancer (NSCLC). The study was reported in a recent issue of Journal of Clinical Investigation.

"Although OSI is an initially effective therapy for many people with NSCLC, patients ultimately develop resistance to this drug," says lead author Douglas K. Graham, MD, PhD, member of Winship's Discovery and Developmental Therapeutics research program, chief and William G. Woods, MD, Chair of the Aflac Cancer and Blood Disorders Center of Children's Healthcare of Atlanta, and division chief of hematology/oncology at Emory University. "Understanding the mechanisms of resistance could lead to more effective therapies for patients with NSCLC."

It's not clearly understood why NSCLCs treated with OSI inevitably develop resistance. OSI is the preferred front-line treatment for those with mutations in the cell growth protein called epidermal growth factor receptor (EGFR). But only 3% of patients have complete responses to OSI, and a majority have residual tumor, typically leading to relapse.

Although people with NSCLC who have EGFR mutation initially respond to EGFR inhibitor treatment, such as OSI, Graham says, "Patients become resistant to this therapy and thus it is not an effective long-term treatment strategy." The EGFR mutation is detected in 10-20% of white NSCLC patients and 30-60% of Asian NSCLC patients.

There seems to be a role for the chemical messenger MERTK in inhibiting the OSI's effectiveness and promoting tumor growth. Treatment with MRX-2843, a first-in-class drug to inhibit MERTK, restored OSI's effectiveness. In fact, treatment with MRXZ-2843 combined with OSI durably suppressed tumor growth—even after treatment was stopped. Graham says that using OSI and MRX-2843 together "could lead to more sustainable clinical responses," and notes that the combination therapy is currently being tested in an open phase 1-B clinical trial at Winship based on his team’s research.