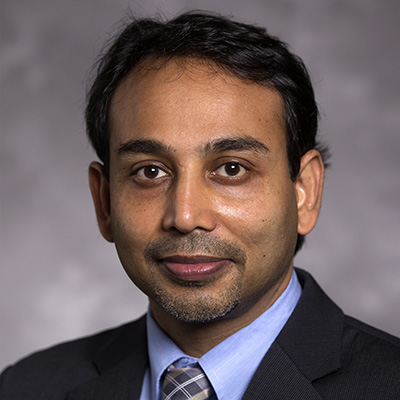 Results of an international clinical trial co-led by researchers at Winship Cancer Institute at Emory University show potential for a novel drug to benefit patients with multiple myeloma whose disease either recurred or was resistant to three or more earlier lines of treatment.

Nearly two-thirds of the trial's participants experienced deep and durable responses from the clinical trial therapy involving a drug called teclistamab that uses an antibody targeted approach to engage the myeloma cell to be eliminated by an immune cell. Results of the phase 1/2 MajesTEC-1 trial were recently reported at the 2022 American Society of Clinical Oncology (ASCO) annual meeting and published in The New England Journal of Medicine.

Multiple myeloma is a blood cancer that affects a type of white blood cell called plasma cells, which are found in the bone marrow. Although novel treatments have more than doubled survival outcomes for patients with multiple myeloma over the past decade and a half, it remains an incurable disease in the majority of patients. Nearly all patients will relapse and require subsequent therapy. Generally, efficacy outcomes decrease with each line of therapy, and patients are left with lesser choices of effective therapies.

In the study, a total of 165 individuals from sites in nine countries were enrolled between March 2020 and August 2021. They received weekly subcutaneous teclistamab, a drug researchers believe may activate immune system T cells to target and destroy myeloma cells. At a median follow-up time of 14.1 months, 104 (63%) had responses. Of them, 65 had a complete or better response. Forty-four of the fifty-four patients tested had no measurable residual disease.

The most common adverse events were cytokine release syndrome ("cytokine storm"), a severe immune reaction in which the body releases too many cytokines. Cytokine release syndrome can cause high fevers, a drop in blood pressure and may cause sepsis-like symptoms. It was seen in 72% of all patients during the priming, or 1st dose, and a third of the patients required IL-6 antibody (tocilizumab) to mitigate these effects. There also were cytopenias, which are drops in normal counts of certain blood cells.

Half the participants experienced responses of at least 18.4 months, and half of them survived 11.3 months without their disease progressing. Overall, the estimated survival was 18.3 months, based on the follow up.

"These longer-term data," says Nooka, "notably the overall response rate and progression-free survival, are encouraging in this heavily pretreated patient population whose treatment history left them with fewer options. New therapies are critically needed for these patients, and this therapy shows real promise."

The benefits of this bispecific therapy are currently evaluated as earlier lines of therapy in myeloma and in specific combinations with other anti-myeloma agents to derive the maximal benefit of combination therapy to achieve deeper responses and prolong progression-free survival with the ultimate goal of improving survival for myeloma patients.

The MajesTEC-1 study of teclistamab is funded by Janssen Research and Development; MajesTEC-1 ClinicalTrials.gov numbers, NCT03145181 and NCT04557098.