Three years ago, Winship Cancer Institute was selected as one of the inaugural Lead Academic Participating Sites for the National Cancer Institute's new National Clinical Trials Network (NCTN). The NCTN has an ambitious goal of enrolling over 17,000 cancer patients in innovative phase II and III clinical trials.

Jeff Abrams, MD, the Acting Director for Clinical Research in the Division of Cancer Treatment and Diagnosis at the National Cancer Institute (NCI) and Associate Director of the Cancer Therapy Evaluation Program (CTEP), was pivotal in creating the NCTN. "By supporting a robust national clinical trials network program and leading the transition from the prior to the new system, Dr. Abrams provided a critical link between our Winship research programs and the national clinical trials program for cancer patients," explains Walter J. Curran, Jr., MD, Winship executive director.

Curran says "The NCTN has allowed us to conduct clinical trials that might not have been possible under the older NCI system. Winship became a national cancer center leader in this program by virtue of our growing strengths in scientific leadership and in enrollment." 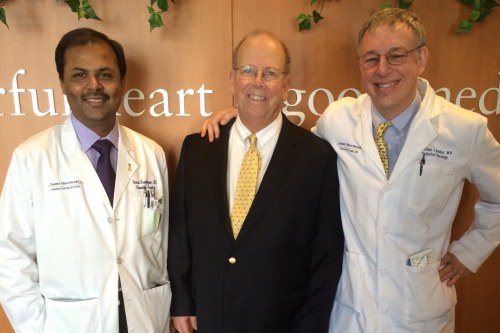